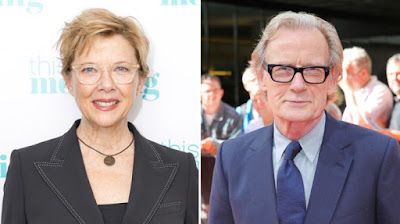 Annette Bening and Bill Nighy will star in the independent family drama “Hope Gap,” with William Nicholson directing from his own script.

Protagonist Pictures is handling international sales with North American sales co-repped by CAA and Protagonist. Protagonist and CAA will introduce “Hope Gap” to buyers at the American Film Market, which opens Wednesday in Santa Monica, Calif. Principal photography is set to begin in the summer.

Bening and Nighy will portray a couple married for 29 years. The story follows their son’s weekend visit to their seaside home, when Nighy’s character informs him that he plans to leave his wife the following day. “Hope Gap” tracks the unravelling of three lives, through stages of shock, disbelief, and anger, to a resolution.

“Ever since ‘Shadowlands,’ I’ve been obsessed by the collision of love and pain: ‘Hope Gap’ is the most intense, most painful, and most loving story I’ve ever told. I’m so proud to have Annette Bening and Bill Nighy to tell it for me,” producer David M. Thompson of Origin Pictures said.