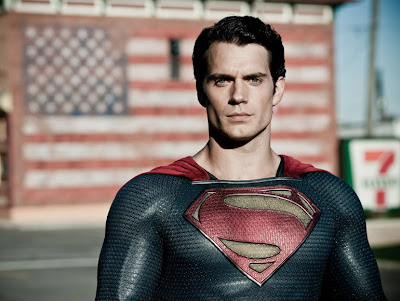 In recent chat with the LA Times, Zack Snyder opened up about his eagerly awaited Superman movie, ‘Man of Steel.’ Long before the director began making the film, he’d heard a little piece of comic-book trivia that stuck with him: Superman’s red-and-yellow S-shield is the second-most-recognized symbol in the world, surpassed only by the Christian cross. “Whether that’s completely true or not, I don’t know, but you want it to be true. You feel like it could be true,” Snyder told the outlet. “And it’s intimidating to say, ‘We’re going to take on the “S” and we’re going to make it live again.’”

Reviving the world’s first comic-book superhero on the big screen — he recently turned 75 — is no small task, a challenge Zack Snyder was well aware of, “In the comic-book universe, you have all these sort of minor celebrities that have been put up as the end-all, be-all,” Snyder said, including past films that have featured Green Lantern, Ghost Rider and the Punisher among others. “And then you have the fallen king who’s sadly relegated to the shadows. It’s cool to resurrect him and say, ‘Understand that this is the granddaddy of all superheroes.’”

Henry Cavill’s ‘Man of Steel’ incarnation of Clark Kent/Superman lives in today’s world, not an idyllic, sepia-tinged past nor a gleaming, glossy future. “It’s the most realistic movie I’ve made. There’s no tongue in anyone’s cheek. I’m not apologizing for Superman in any way. I’m saying, ‘Superman is a thing that must be taken seriously and embraced and understood.’” Snyder continued, “We tried not to make him so predictably morally black and white. We gave him some shades of gray. His inherent goodness is still there, and if you really think about it, you still want him to be right and to make the right choices and to do the right thing. I think that we all hope for that in ourselves, and I think that’s what always has made him a very interesting character. He’s a Christlike figure. There’s no two ways about it.”

Arriving in cinemas on June 14th, ‘Man of Steel’ is from director Zack Snyder and producers Charles Roven, Christopher Nolan, Emma Thomas and Deborah Snyder. The screenplay was written by David S. Goyer (The Dark Knight trilogy) from a story by Goyer and Nolan, based upon Superman characters created by Jerry Siegel and Joe Shuster and published by DC Comics.  The official synopsis and production notes for ‘Man of Steel’ can be read below.

Posted by Karen V. Wasylowski at 8:10 AM