Tom Hiddleston May Fly To The Crow From Loki to flocking? 22 April 2013 | Written by James White | Source: The Wrap (EMPIRE)

If the producers behind the remake of The Crow wanted to generate a little attention, then they certainly know how to do it. Because Loki himself – AKA Mr Tom Hiddleston – is in early talks to play Eric Draven in the new film. 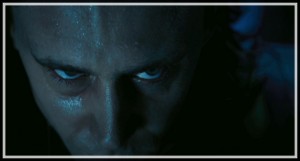 According to The Wrap’s sources, the Hiddlestoners’ favourite has already met with producers including Ed Pressman, Kevin Misher and Ryan Kavanaugh and submitted a make-up test he sorted out at home. The next step is apparently a formal test with filmmakers including director F. Javier Gutierrez.

The script, currently credited to Warrior’s Cliff Dorfman, will follow the same basic story, adapted from James O’Barr’s dark graphic novel about rocker Draven and his fiancée who are murdered on Devil’s Night, only for our hero to be brought by as a supernatural superhero to exact vengeance.