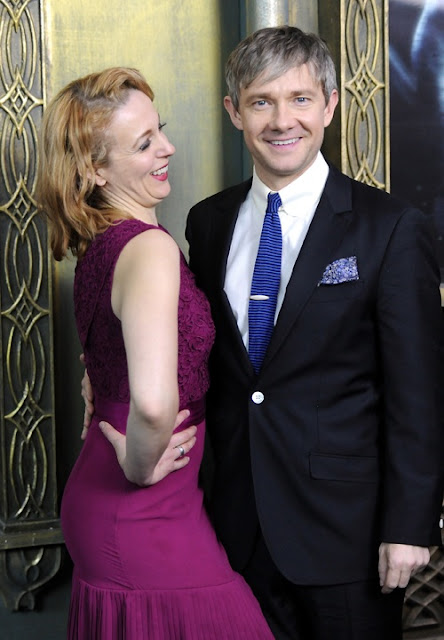 He loves doing it...

Martin Freeman may be making the transition toward film like his Sherlock co-star Benedict Cumberbatch, but he doesn't want to leave the series behind either. Freeman, who is currently filming season three of the series with Cumberbatch, told Empire that he would like to keep going beyond a fourth season.

"I believe in doing things for as long as people love them, and all I can say is that I really love the show," he said. "I feel very loyal to it and I like doing it… for as long as they want to do it and as long as we all want to do it....I don't know if I'll be doing it at the age of 90 but for the foreseeable I'm a huge fan of the show."

Read more at http://www.411mania.com/movies/news/282878/[TV]-Martin-Freeman-Wants-to-Keep-Going-with-Sherlock-Beyond-Season-Three.htm#PBM0W3c11vMVCwHf.99
Posted by Karen V. Wasylowski at 11:11 AM