Is she not with you? Michael Fassbender 'screams' at mystery blonde to keep her distance after going on dates with British Olympian By DAILY MAIL REPORTER But Michael Fassbender was reportedly the one raising his voice to a girl in Montreal on Saturday.

A source said the 36-year old Irish actor - who is supposedly dating British Olympian Louise Hazel - was walking with the mystery woman, but as soon as he saw a camera he reportedly 'screamed' at her to keep her distance.

Michael wore black jeans and T-shirt, some Toms shoes, and covered his eyes with some aviator sunglasses; but with her hands on her hips, the blonde-haired girl didn't look too impressed with Michael's words. 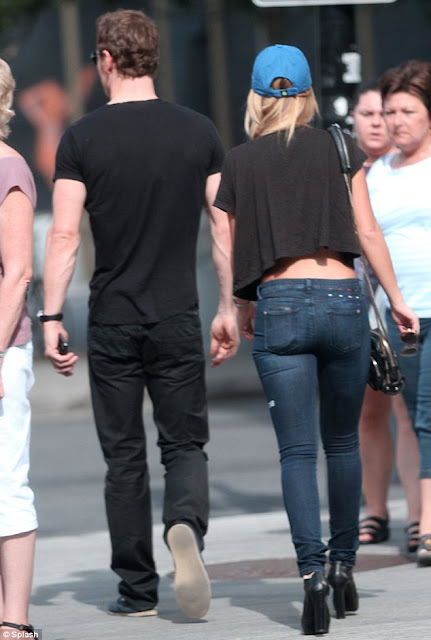 Wearing a blue cap and a long plait with a loose black vest, skinny jeans and lace-up, peep-toe heels,  she still seemed to follow him off the sidewalk and all the way into another building.

The actor was in Montreal on a day off from filming the latest Marvel installment called X men: Days Of Future's Past where he will be reprising his role of Magneto.

READ MORE: http://www.dailymail.co.uk/tvshowbiz/article-2335047/Michael-Fassbender-screams-mystery-blonde-distance-going-dates-British-Olympian.html
Posted by Karen V. Wasylowski at 11:07 AM