Benedict Cumberbatch was a slow burner for me.

Without the obvious chocolate-box looks of a Bradley Cooper, or the action man credentials of a Jason Statham, I couldn't understand what all the fuss was about.

But I have to say I am now tentatively applying for membership of the Cumberbitches.

Around about the mid-nineties, Hollywood hunks went from being real men with an underlying sense of menace and shedloads of life experience, to pampered, preened teens with no idea how to change a wheel or start a fire. 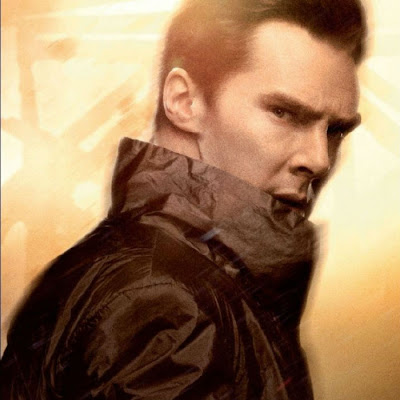 In other words, the men turned into boys.

I think it can be dated to around the time Robert De Niro started getting embarrassing dad roles, and Leonardo DiCaprio, with his little cutesy baby face, starred in Titanic and melted the hearts of a million teenage girls.

It is fair to say that Benedict is a return to the good old days of Hollywood.

The Sherlock star has had his fair share of adventures and has talked about hallucinating after getting lost for several days whilst trekking across Nepal.

He also had a brush with death after being carjacked in South Africa.

Hey! We're calling it the Cumber Collective now. He was pretty uncomfortable with us calling ourselves Cumberbitches (Although it is pretty clever). Thanks!

I kind of liked Cumberbitches. Made me feel tough and edgy while I drool over cupcakes cry at commercials. Cumber Collective sounds like a kabutz