He’s the object of many women’s affection, with his tall, dark and handsome nature, but Benedict Cumberbatch decided to dodge his fans by going to the cinema incognito on Tuesday.

The star was spotted leaving the Arclight cinema in Hollywood with a male friend having watched a showing of Wolf of Wall Street.

Wearing thick-rimmed glasses and a baker-boy cap the star looked almost unrecognisable as he slinked out of the movie theatre. 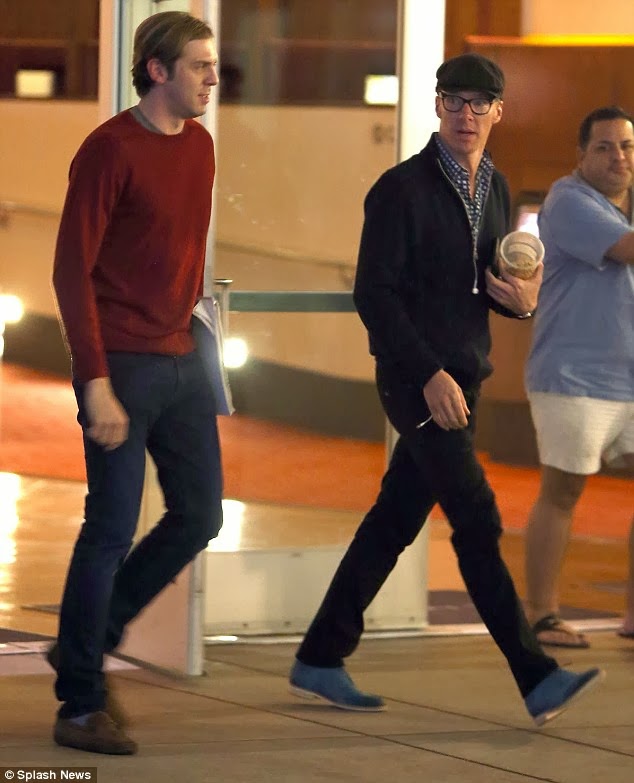 But it seems, although he is now an A-list star, hunky Benedict is just like any normal person visiting the cinema as he was clutching a pot of popcorn – a snack of choice for many at the pictures

The star is usually seen dressed up in suits and ties, but he chose to go for a more casual look on Tuesday evening in a checked shirt unbuttoned to the chest.

He wrapped up in a black cardigan and wore black denim jeans and casual pale blue shoes for the event.

Poor lad, the only place where he can do wherever he wants without problem is in Buenos Aires, where people have no much recolection of who he is, also dosent care much either. :-D