The Olympics may be long gone, but Ian Fletcher - the head of the fictional Olympic Deliverance Commission from BBC spoof Twenty Twelve - will be returning in a new sitcom in which the corporation pokes fun at itself. 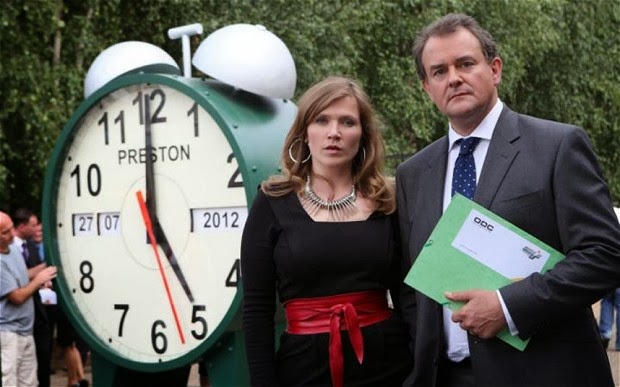 Downtown Abbey star Hugh Bonneville will be reprising his role as the man trying to fight his way through a forest of bureaucratic red-tape in W1A (title taken from the postcode of BBC Broadcasting House), but this time his job title is BBC's Head of Values.

In his new position, Fletcher will be expected to 'clarify, define or redefine the core purpose of the BBC across all its functions and to strengthen its future position, in particular for Licence Fee Renegotiation and Charter Renewal in 2016 and 2017'.

Yes, we're just as confused as you are...


Read more at http://www.whatsontv.co.uk/downton-abbey/news/hugh-bonneville-to-star-in-twenty-twelve-bbc-spin-off#1DgaOSJB3C50lHjq.99
Posted by Karen V. Wasylowski at 11:46 AM