It's undeniable that Lupita Nyong'o shared a unique on-screen chemistry with Michael Fassbender in the Oscar-nominated 12 Years A Slave so it comes as no surprise that the pair also had a close bond away from the set with the actress revealing that they spent a lot of time together when they weren't filming scenes.

The 30-year-old has so far won several awards and nominations for her emotional turn as Patsey in the slavery-period drama starring alongside Chiwetel Ejiofor, however, it's Lupita's brutal relationship with slave owner Edwin Epps played by Fassbender that really tugs on the heart strings. 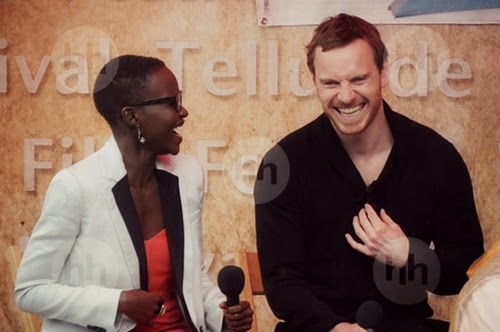 Speaking about their relationship in real life, Lupita told Glamour magazine: “Michael and I had a ritual that we never even really spoke about: We would make nice right before a scene, and then we’d make nice after a scene.

“Just looking into each other’s eyes, an embrace, squeeze of the hands - that would button the scene. And at the end of the day when [director] Steve [McQueen] said cut, we would go out and enjoy the freedom that these people we were playing have granted us. It was a very close-knit cast and crew.” 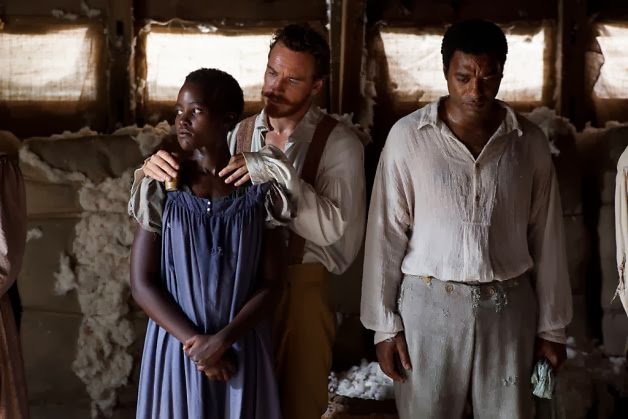 Read more at http://www.entertainmentwise.com/news/140718/Lupita-Nyongo-Gushes-Over-Close-Knit-Relationship-With-Michael-Fassbender-On-12-Years-A-Slave-Set#PMgBAHcCRGUwgMgb.99
Posted by Karen V. Wasylowski at 10:23 AM