Michael Fassbender laughs once during our meeting. At the end. Listen to the questions carefully and fondles his beard of a few days. Then he fixed his gaze and bares. He manages well, not just metaphorically. Since he stripped to get into the role of the tormented sex addict of Shame, in 2011, became a planetary object of desire. And now comes The Counselor - The Prosecutor, Ridley Scott, the story of a lawyer who enters into a dirty turnover that cost him dearly.

The screenplay is by the famous writer Cormac McCarthy. What did you think while reading it?
I liked the description of the protagonists, motivated by greed, while around them people live in hardship. That is, the lives of poor people are on sale, according to the desire for some intent on accumulating wealth: the villa with pool, the Bentley, a diamond for his girlfriend. Everything to gain acceptance, respect, love.

You are insensitive to yourself?
I'm off to certain environments. My home is in London, not in Hollywood. And, when I work, I concentrate on what happens on the set. I lead a normal life. I am fortunate to be able to go where I want.

But then come back always to interpret amoral characters.
I don't like the positive, reassuring figures. Prefer to explore human frailties through provocative, roles that push the viewer to wonder about himself. For me this is the task of art and cinema.

Is there anything in particular that you can not stand?
The ease with which everyone is ready to make judgments. It seems to be back at the prejudices of the 50s. Perhaps the fault is also of the Internet and social media, which remove any filter to the way we communicate. 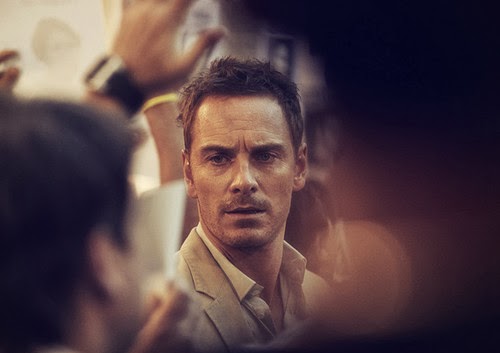 In various scenes of the movie you cry.
In the script was not expected, the tears came so unexpectedly, after that I relaxed. Yes, I am one who gets excited easily. I am moved by the grand gestures of affection or cruelty. And I cry when I am disappointed by my behavior.

What do you crave when you were a child?
To do everything that I saw in the TV series. The private investigator, but also the pilot or the stuntman, since I love the speed. Then I decided to put on a heavy metal band. Came home from school and I was the guitar for hours. One day, however, I heard a friend: I realised that he had what it takes, I don't. So I let it go.