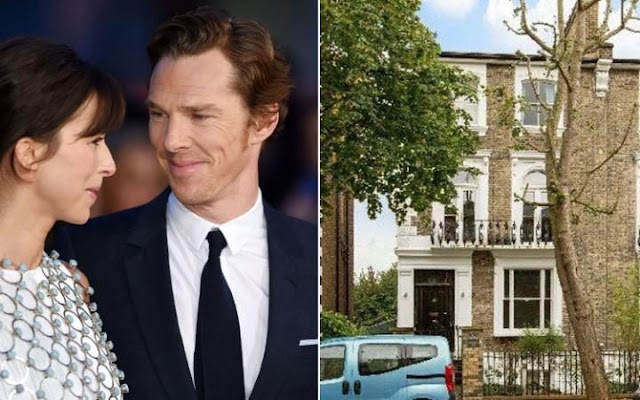 Benedict Cumberbatch, the Sherlock actor, faces a planning battle after concerns were raised over his plans to build a "noisy" boiler room at his new home.

The 39-year-old bought a five-bedroom villa in Camden, north London, for just over £2.7m last April - but did not move in.

Instead, the actor - who married opera director Sophie Hunter last year - got builders to put up hoardings around the Victorian property while he made plans to renovate the three-storey home.

He submitted plans to Camden Council for an attic conversion to add another bedroom - and also install a "plant room", with a water heater/boiler in it - at the front of his semi-detached home. The Harrow-educated actor, who stars in The Jungle book and The Hobbit, also wants to build a rear extension to the property, but has promised not to cut down an established magnolia tree.

A sticking point, which has been raised by Camden Council - and neighbours - is the boiler room, which according to plans would be "installed in the front garden beneath the existing retaining wall".

The plans state the road "is a wide, tree-lined avenue with substantial detached, semi-detached and short terraces of mid to late Victorian and Edwardian villas.

"There is an established residential land use pattern across the area."

But the council report states that it might need to call for an "acoustic report" to find out if there are any "noise issues" related to the plant room in the front garden.