The novel was previously a hit film for Merchant Ivory and memorably won an Oscar for Emma Thompson for her starring role opposite Anthony Hopkins. 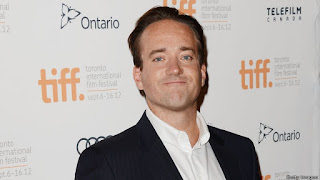 The Oscar nominated writer director of Manchester By the Sea, Kenneth Lonergan is adapting Forster's turn-of-the-century novel about the English class system into a four-episode run.

In a statement a spokesperson for the BBC described Lonergan as "one of our truly great contemporary voices" ans said that his adaptation would "surprise and delight a whole  new audience with its timely and relevant themes."

The story is told focusses on the triumphs and tragedies of the Schlegel, Wilcox and Bast families, with Hayley Atwell playing the intellectual Margaret Schlegel and Matthew Macfadyen the widower Henry Wilcox. Tracey Ullman appears as the ailing Aunt Juley.

The 1992 film adaptation of Howards End bagged Emma Thompson an Oscar for her performance as Margaret Schlegel, and earned nominations for co-star Vanessa Redgrave and director James Ivory.