Benedict Cumberbatch to Star in and Produce "The Child In Time"

EXCLUSIVE: Benedict Cumberbatch is reteaming with BBC One and Masterpiece for the adaptation of Ian McEwan’s award-winning 1987 novel The Child In Time. Cumberbatch will star in and executive produce the one-off 90-minute drama written by Stephen Butchard. 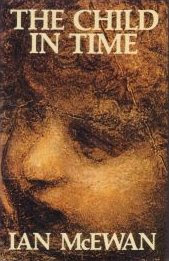 Cumberbatch, who is coming off the fourth season of BBC One/Masterpiece sleuthing series Sherlock, will play Stephen Lewis, a successful children’s book author whose daughter suddenly goes missing in the lyrical and heartbreaking exploration of love, loss and the power of things unseen.

The film will explore the dark territory of a marriage devastated by the loss of a child. Her absence sets Stephen and his wife on diverging paths as both struggle with an all-consuming grief. With the passage of time, a balance of sorts returns, until hope surfaces and triumphs unexpectedly.

Cumberbatch says, “I read the novel years ago and it stayed with me — profound, beautiful and very moving. Only Ian McEwan could write about loss with such telling honesty. We’re very excited to have Stephen Butchard’s subtle and brilliant adaptation, and in Julian Farino we have an extraordinary director who delivers emotional truth. I’m so proud The Child In Time will be the first drama produced by SunnyMarch TV