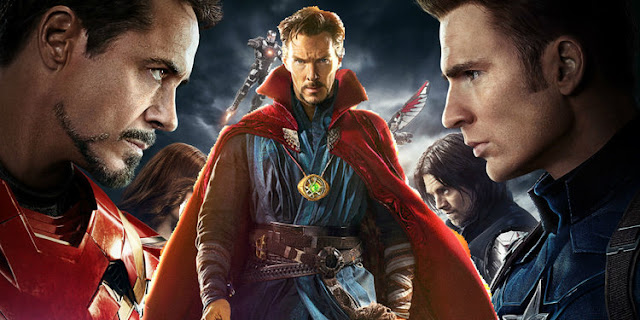 It’s been a few months since Doctor Strange first entered the Marvel Cinematic Universe, and despite his psychedelic tendencies, he seemed to fit in very well. In many ways, he seemed to be a natural merger between the more grounded world we see in Iron Man and the more outlandish Thor.

Of course, you can’t have a story about the Infinity Gauntlet without Doctor Strange, so it goes without saying that actor Benedict Cumberbatch will be involved in its production (though he’s long since been confirmed).

However, last January, there was a report from the outlet Page Six that a stand-in was in Georgia filming in place of Cumberbatch himself while the British actor was off playing Thomas Edison in The Current War. The report stated that Marvel Studios did not plan on digitally superimposing Cumberbatch onto another actor’s performance, but that seemed to imply we’d only get a series of close-ups from the man himself.

Speaking with ET, Cumberbatch addressed this report: "It’s a bit of an exaggeration. Listen, there’s a great deal that can be done in the Marvel Cinematic Universe, and any comic universe. Whether it’s hiding a pregnancy to having someone there who’s on the other side of the world, but there’s only so much they can do without you. And, so, yeah. I’ll be there. Don’t worry.”

Of course, it’s a bit impossible to tell just how involved any one character will be in this film, as we know very little regarding the plot. In the original Infinity Gauntlet comic, Strange played a vital role alongside the likes of the Silver Surfer and Adam Warlock in helping to coordinate the attack on The Mad Titan Thanos. However, given that the Marvel Cinematic Universe is dealing with a lot less characters, and that the world itself has established a host of different rules, we can’t really gauge just how prominent he’ll be in the film. Cumberbatch did give audiences a bit of a tease though regarding the Avengers: Infinity War screenplay. “I’ve got a script, and I’ve been reading it, and it’s very, very good fun.”

Posted by Karen V. Wasylowski at 9:53 AM