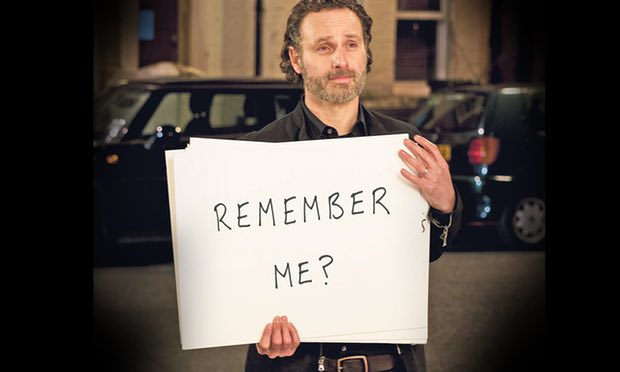 Being on the set of a Richard Curtis film is very like being in a Richard Curtis film. Everyone is good-looking and brisk and witty, here in the borrowed London townhouse where the 60-year-old director is shooting a short sequel to his movie Love Actually. Outside in the real world people are angry, at odds, ever more polarised. On Curtis’s closed set, a dungareed world of Lillies and Berties and Cols and Ems, trays of brownies circulate and the chat is about who slept with who once but stayed friends. Hugh Grant is present, roaming around and given licence to be caustic and urbane: “If anyone needs me I’ll be in my lair.” Otherwise the prevailing spirit is level-headedness and sympathy. “Richard likes it,” an assistant says to me, “when people are nice to each other. Plum?”

Curtis is making this short followup to Love Actually in aid of Comic Relief and Red Nose Day, causes he co-founded in the 1980s. Many of the actors from the original have agreed to return, including Grant, Colin Firth, Keira Knightley, Bill Nighy and Liam Neeson; charity tempting them back, after 14 years, to Curtisland, that preposterous and seductive fantasia-Britain that was established in a trilogy of famous romcoms: Four Weddings and a Funeral (1994), Notting Hill (1999) and Love Actually (2003). Of the three it was the last, a multi-narrative soup of soppy vignettes, written and directed by Curtis, that went on to have the most prodigious afterlife. Love Actually is now broadcast on TV with metronomic, Bond-movie regularity. In a single week last winter more than 1m copies of the film were sold on DVD in the US. At around the same time, in the UK, Love Actually was voted by the Radio Times “the nation’s favourite Christmas movie”.

On the set of the sequel, Firth ponders the movie’s substantial modern viewership and positions it in the culture somewhere alongside The Sound of Music. Grant, when asked to account for Love Actually’s enduring popularity, assumes his role as resident cynic and grumbles: “It’s unaccountable.” 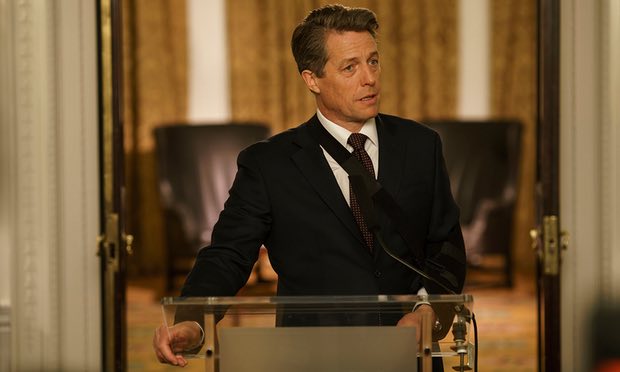 Grant sips water and tries to catch his breath. He’s just shimmied his way around a bit of the set made up to look like 10 Downing Street, a grand marble staircase behind him hung with photographs of former prime ministers. His photo is among those on the wall, the actor today reprising his role as the Blair-ish PM who in the original film put aside duties of state to woo his secretary, played by Martine McCutcheon. Such is the power of love in a Richard Curtis film that Grant had to dance out his romantic vigour by wiggling up and down the halls of Downing Street to a Girls Aloud song. There’s another dance in the sequel. As with most of the new scenes in Curtis’s followup, an incident or encounter from the first film is referenced, with some sort of twist catching us up on what has happened to the character, a decade and a half on. 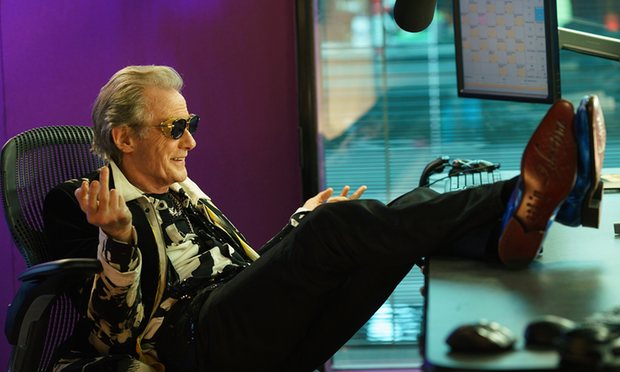 Curtis has Grant say something like this when they shoot a press conference scene, next. The fictional PM is asked to give the public his view on the future of world affairs, and with implausible but seductive simplicity (that patented Curtis mix) Grant insists: “Good’s going to win, I’m actually sure of it.” They do the line a few times before an assistant yells for a cut and everybody breaks for lunch. Lamb wraps.

There was a scene in Notting Hill, which also starred Grant, during which his character went along to a movie shoot: he got placed on the sidelines with a pair of headphones so that he could listen in on the actors’ dialogue. In this way he accidentally heard them mutter bitchy secrets to each other. It happens to me in eerie replication one day. A scene is being reset and a prominent actor fills the waiting with wicked chat. There is a dig at an absent castmate. Then the actor ranks by merit some of the films they have made since the last Love Actually, the one they had to be talked into, the “pay-day”. Blushing, absolutely fascinated, I listen for as long as decency and personal ethics allow before turning the volume down. 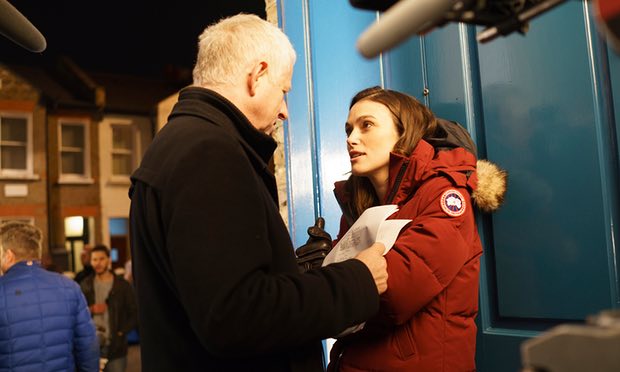 So there is a little darkness in Curtisland, after all. Commentators on the outside would suggest it has always been there. When Love Actually celebrated a 10th anniversary in 2013, various critical reappraisals appeared. Persuasive cases were made about the movie’s shaky treatment of women, especially. By this point I’d seen Love Actually enough times to have a demented familiarity with its dozen plots (Liam Neeson advising his stepson how to win the girl of his dreams, Alan Rickman cheating on his wife Emma Thompson, Andrew Lincoln declaring himself to the unattainable Keira Knightley by showing up at her doorstep with handwritten signs) but I was never able to watch it through with the same old naivety after reading Lindy West’s furious and brilliant essay for Jezebel. West pointed out how much of the plot depended on women falling in love with their male employers, suggested “Hostile Work Environment: The Movie” as an alternative title, and went as far as likening the romance between Colin Firth’s character and his Portuguese maid, played by Lucia Moniz, to sex trafficking.