Colin Firth grins as he continues filming Love Actually Comic Relief reboot in London... 13 years after he starred in the iconic romantic comedy 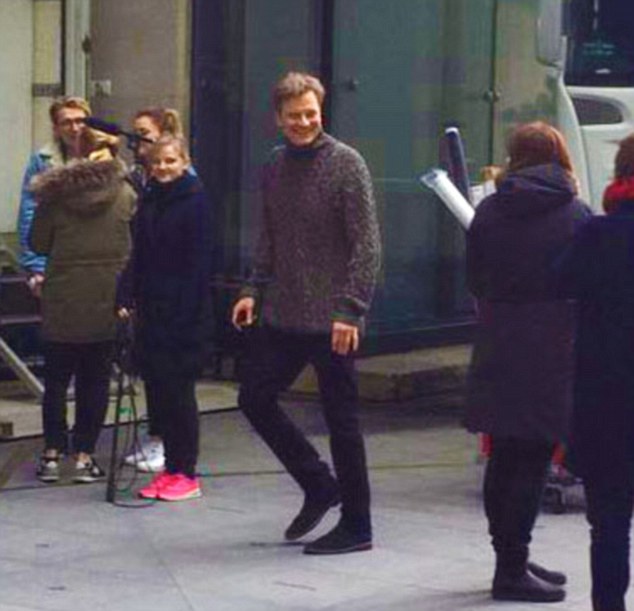 The iconic film was shot more than 13 years ago and almost all the stars are reuniting for a one-off Comic Relief sketch.

Colin Firth, who plays Jamie, was spotted on the set of the eagerly awaited Love Actually sequel at the BBC Langham Place Piazza in central London on Saturday.

The Oscar winner beamed as he reprised his character Jamie, the English would-be novelist who fell in love with Aurelia, his Portuguese housekeeper. 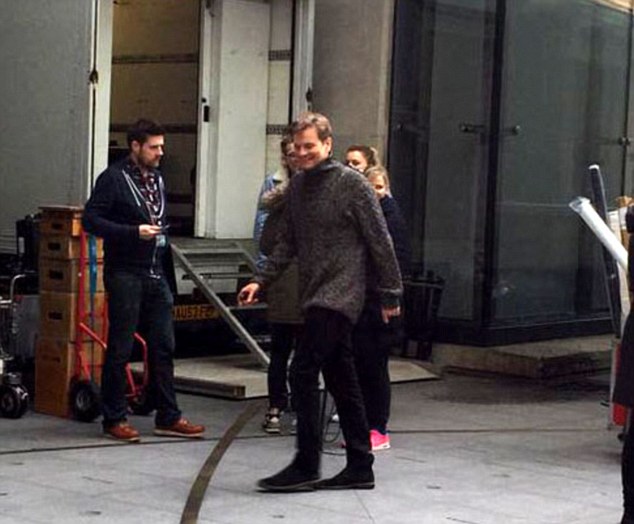 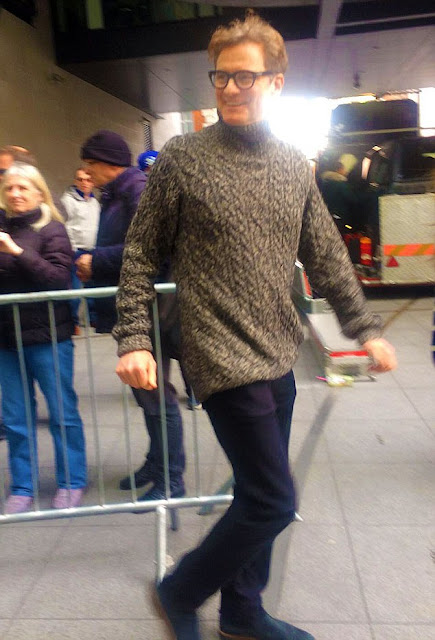 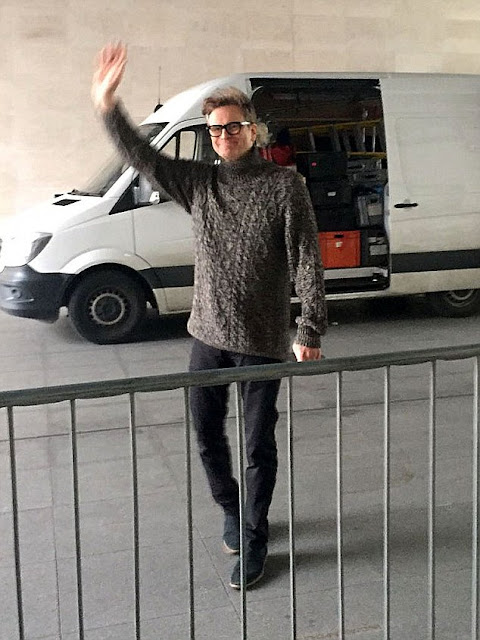 The Bridget Jones's Diary actor wore a comfortable grey knitted jumper and donned a pair of thick-framed spectacles as he rehearsed his lines and waved to the waiting photographers.

In the original film, Jamie is heartbroken after catching his girlfriend in bed with another man.
He moves to France to recover from the betrayal and write his novel. It is here that he meets Aurelia, played by Lucia Moniz, his Portuguese housekeeper.

Despite the fact that Aurelia cannot speak English and Jamie cannot speak Portuguese, he falls in love with her and the film follows their tentative romance.