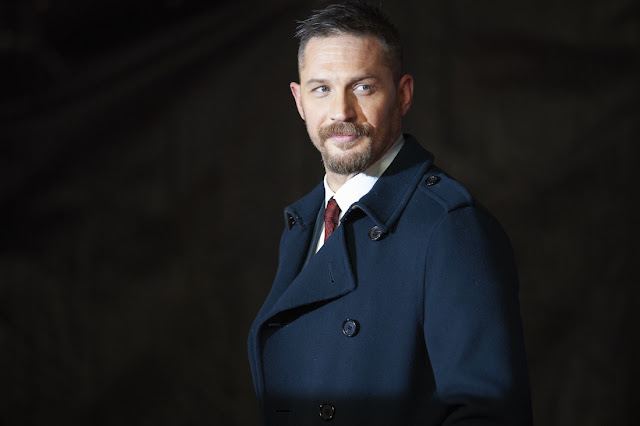 You don't have to be a Hollywood insider to know that Tom Hardy is widely considered to be one of the most talented actors of his generation … and that he has a reputation for not always being willing to play by Hollywood’s rules.

Since making his onscreen debut in 2001, the London native has gone on to collaborate with some of the world’s most talented filmmakers, including Ridley Scott, George Miller, Alejandro González Iñárritu, Sofia Coppola, and Christopher Nolan (on three occasions, and counting). He also created, produced, and starred in the FX hit Taboo and earned an Oscar nomination for his role in The Revenant—and all of this before hitting the big 4-0.


1. HE WON A TELEVISION MODELING CONTEST.

Technically, Tom Hardy’s onscreen debut came in 1998, when he took part in a modeling contest on the British morning show The Big Breakfast. Among the facts we learned about the then-21-year-old: He was a drama student who idolized Gary Oldman, liked Eddie Izzard, wanted to write and direct his own short films, and didn’t like football. And yes, he won.

2. HE MADE HIS ONSCREEN DEBUT IN BAND OF BROTHERS.
In September of 1998, shortly after he began attending the Drama Centre London, Hardy dropped out when he was offered a role in the Steven Spielberg-produced WWII miniseries Band of Brothers (2001). When asked about the experience by IGN in 2002, Hardy said that, “Band of Brothers was my first job so I was virtually out of the frying pan and into the fire, really. I'd not had previous experience with working in front of the camera, so there was dealing with that. Also, I had the research material—not that I'd need it. I mean, I was in two episodes and had 12 lines. That was the sum total of work [I] had to do.”

Hardy made his big-screen debut in 2001 as well, playing Twombly in Ridley Scott’s Black Hawk Down. “I was the Ranger who got left behind,” he told IGN. “He was sort of, if you could call it, comic relief to [a] very precarious situation.”

3. HE WENT TO SCHOOL WITH MICHAEL FASSBENDER.
While attending the Drama Centre London, Hardy looked up to a fellow student who was two years older than him: Michael Fassbender. “He was a really serious method actor and we used to watch him and think, ‘F**k, man! He’s the sh*t!,’” Hardy told The Daily Beast. “He was in an Irish play about this guy who came back from the First World War who was a great athlete but ended up in a wheelchair, but at lunchtime he wouldn’t come out of character and was always in his wheelchair and we’d be like, ‘Dude! Just order your lunch and come along! We’ve got an hour before we have to go back to class! But he was the best actor in the school.” (Fassbender, too, landed a role in Band of Brothers.)

5. HE IDOLIZES GARY OLDMAN.
That aforementioned modeling contest wouldn’t be the only time Hardy expressed his admiration of Gary Oldman. In 2011, he told ShortList that, “Gary Oldman is my absolute complete and utter hero. He’s the f**king man. I look at him and I want to be like that for my generation—I want to have that same quality. He’s incredible.”

That same year, Hardy got the chance to star alongside Oldman in the Oscar-nominated Tinker Tailor Soldier Spy. “There is a definite ‘hang on a minute’ [moment], but I’ve got past the star-struck part now,” Hardy said of getting the chance to act opposite Oldman. They have since worked together on three more films: Lawless (2012), The Dark Knight Rises (2012), and Child 44 (2015).