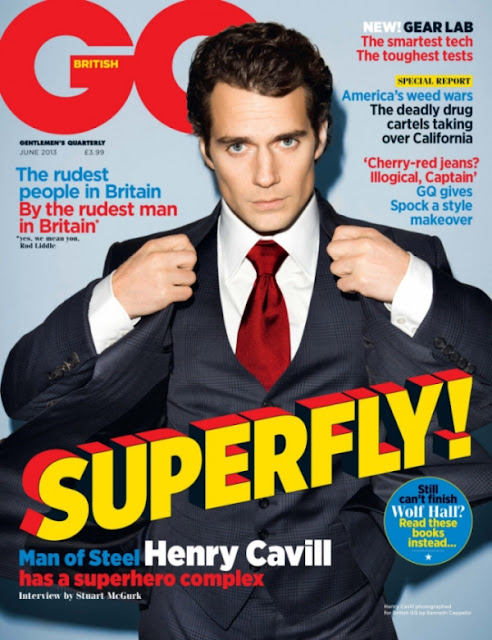 NOTE: Any "Fifty Shades of Grey" views and ideas expressed in this article belong to the writer - please contribute Mstars for any future reference.

Sexy Christian Grey fan-favorite Henry Cavill hasn't exactly expressed his flat-out interest in the kinky, BDSM-inspired role of Christian Grey, but he's more than happy to secure a film that's sure to bring in the big bucks! So does that mean the "Man of Steel" heartthrob's ready for his steamy "money shot" debut? In other "Fifty Shades" news, "Pretty Little Liars" starlet Lucy Hale continues to stir Anastasia Steele buzz on the web, especially through Facebook. But who'd make her perfect Mr. Grey - Cavill, or "Vampire Diaries" hottie Ian Somerhalder? Read on for fans' daily dose of "Fifty Shades" casting rumors!

Signing on to the "Fifty Shades of Grey" film project could make Cavill a very rich man... (come on, look what "Twilight" did for Robert Pattinson!). Do fans think he'd be up for the kinky challenge? Why not, he's already donned a tight, form-fitting spandex suit for his role as Superman!

IAN SOMERHALDER is to shot to do A CHRISTIAN GREY not to mention, his face is a little crooked. On the other hand Henry Cavill ha a perfectly symmetrical face...there is just so much a cameraman can do...working with SOMERHALDER will take up too much time and cut into production costs. Cavill on the other hand is 1.easier to shoot 2.has already done sexual scenes in The Tudors..also, Cavill wants to make money...a movie that this could be will make him millions in a an p...not to mention the sequel and maybe. A TRILOGY. HIS POCKET WILL BE FILLED.