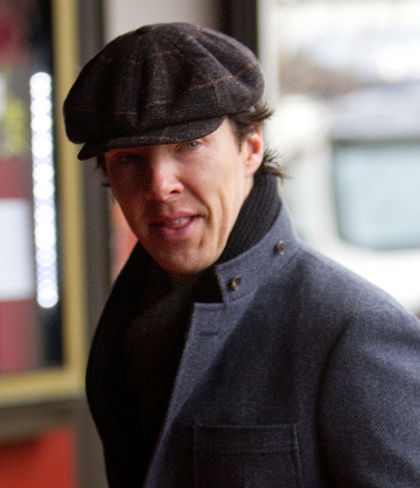 British actor Benedict Cumberbatch sucked water from a lump of moss in a bid to stay alive while trekking up mountains in Nepal.

The Tinker Tailor Soldier Spy star was teaching English in a Tibetan monastery as a young student when he embarked on a week-long expedition in neighbouring Nepal with four pals.

However the inexperienced group was ill-equipped for the adventure and failed to employ a guide or wear the appropriate clothing for their trek - and they became lost in the wilderness for almost two days.

The group only survived by resorting to extreme methods to combat dehydration and the harsh terrain, and they eventually found their way to safety by following a trail of yak droppings.

Posted by Karen V. Wasylowski at 9:57 AM