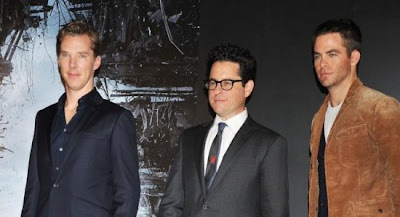 Star Trek Into Darkness just had its Australian premiere, and the first reviews for the film are starting to trickle in from critics. The consensus seems to be that the film is incredibly fun, and that Benedict Cumberbatch's performance lives up to the hype.

A review from IGN said, "Cumberbatch himself has never been better. While he's proven his ability at volatile emotional-detachment with his role in 'Sherlock,' he is, here, a true snake; an expressionless, sliver of a man whose mask only slips when he lunges for his prey." The review also added, "While it may not be the most sophisticated of sci-fi spectacles you'll see this year, 'Into Darkness' will certainly be one of the most fun."