20 things you need to know about Benedict Cumberbatch Only child Benedict Cumberbatch would like a Benedict bambino – one day.

He says: ‘I’ve realised the reality of children is you have to be in the right place with the right person.' Benedict Cumberbatch loves taking his clothes off. On screen.

Although perhaps not so much the time he was stung by a bee in a Greek market and a widow rubbed an onion on his bum!

‘I didn’t ask for this subservient, demeaning collective noun and they’ve kindly gone: “Oh no, it’s only a joke.” It’s one of the least offensive nicknames I’ve got on the internet."

‘It’s a rare challenge, both for the audience and an actor, to take part in something with this level of intelligence and wit,’ he says.

‘You have to really enjoy it. It’s a form of mental and physical gymnastics.’ 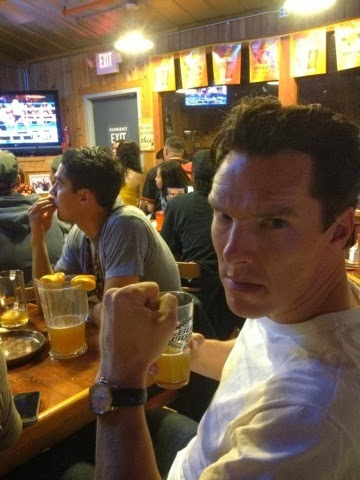 ‘Going up to someone in a bar and saying hi is even more difficult because they won’t know the real me,’ he says.

‘They just know me as the person I play on screen.’ 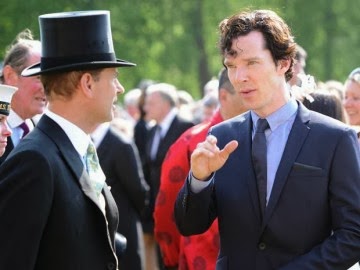 Read more at http://www.nowmagazine.co.uk/gallery/gallery-specials/37042/1/0/20-things-you-need-to-know-about-benedict-cumberbatch/1#RZ520hbiEt0aVcAm.99
Posted by Karen V. Wasylowski at 10:27 AM