Hugh Grant: Love child revelations reveal a man who needs to grow up

Ten long years have passed since Hugh Grant announced his retirement from the movie business.

“This is the last film I will ever do,” he promised the fans at the London premiere of Bridget Jones: The Edge of Reason. “I’ve completely lost interest. I was never a very committed actor. Now I can just stop.”

Like a lot of what 53-year-old Grant says, this turned out to be something less than the gospel truth, and his latest effort, The Reluctant Professor, yet another romantic comedy, is due to reach our screens shortly.

Admittedly, things have changed in the old boy’s life, and with three “love children” to support, he perhaps needs to keep the bumbling, cod-roue screen shtick going for a little longer.Grant’s off-set romances are clearly something else. Two years ago, it emerged that he had sired a daughter, Tabitha, whom he chivalrously characterized as the product of a “fleeting affair” with little-known Chinese actress Tinglan Hong. Soon the pair were fleeting again, and in February last year, Grant announced that they had produced a son, Felix Chang.

But before the second baby came along, the actor had switched his attentions to thirtysomething Swedish TV producer, Anna Eberstein, who, it was revealed last week, bore him a son in September 2012. 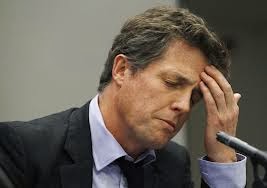 Both women and their children now live in expensive West London properties, although Grant, who apparently picks up the bills, doesn’t live with either of them. It is possible that he doesn’t want to show favouritism, but equally likely, given his lengthy record of embroilment-avoidance, that he prefers doing his daddying from a distance.

This seems puzzling. Born into a close, secure family, Grant has frequently spoken of his longing to have children.

“Much as I adore myself”, he once told Vogue magazine, “I’m quite keen to have someone else to care about”.

Ruminative by nature, much of his ruminating has been about his inability to find love or permanence, with the result that his life — now in deep middle age — is “boring to the point of embarrassment”.

Or the point of self-parody. Yet, however gladly he sends himself up, it is hard to escape the suspicion that Britain’s most bankable actor is an authentically troubled soul.

“He is like a complete cynic, self-tortured and dark,” says Drew Barrymore, who starred with him in Music and Lyrics, yet another romcom. “You’d go into his trailer and he’d be sitting there on the couch, chopping salad alone, an angry Englishman.”

In December 2012, Grant was castigated by the US talk show host Jon Stewart, who described him as “a big pain in the ass” and his “least favourite guest of all time”.

He doesn’t take issue with these judgments, yet there’s no doubt of his high intelligence or his ability to charm and entertain in the broader sense. As frontman for Hacked Off, the group lobbying for stricter press controls, he has shown a politician’s flair and an undeniable measure of personal courage.

What should be an irresistible package unravels with the rackety nature of his personal life and the clod-footedness with which he conducts himself. It doesn’t seem to have occurred to this Oxford-educated dreamboat that it might one day be painful for his daughter to know that he saw her as the by-product of a fling, or for Felix to learn that, by the time he was born, his father had impregnated someone else.

It isn’t that Grant is uncaring — he has made generous provision for these children and their mothers — but that his behaviour suggests an inbuilt deficiency of something he has long aspired to: class. 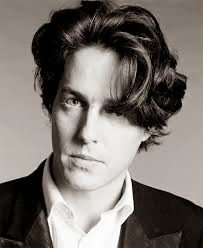 As a young man, Hugh John Mungo Grant was keenly aware that there was a richer, more refined world waiting to be discovered. A New College contemporary recalls him dressing in a tweed jacket to hold traditional tea parties where egg-and-cress and cucumber sandwiches and Earl Grey tea were served on college crockery. “Here were all the OEs [Old Etonians] pretending that they hadn’t been to Eton, because, of course, it wasn’t quite the slightest bit cool. And here was Hugh, acting as though he had been there. It was all pretty confusing.”