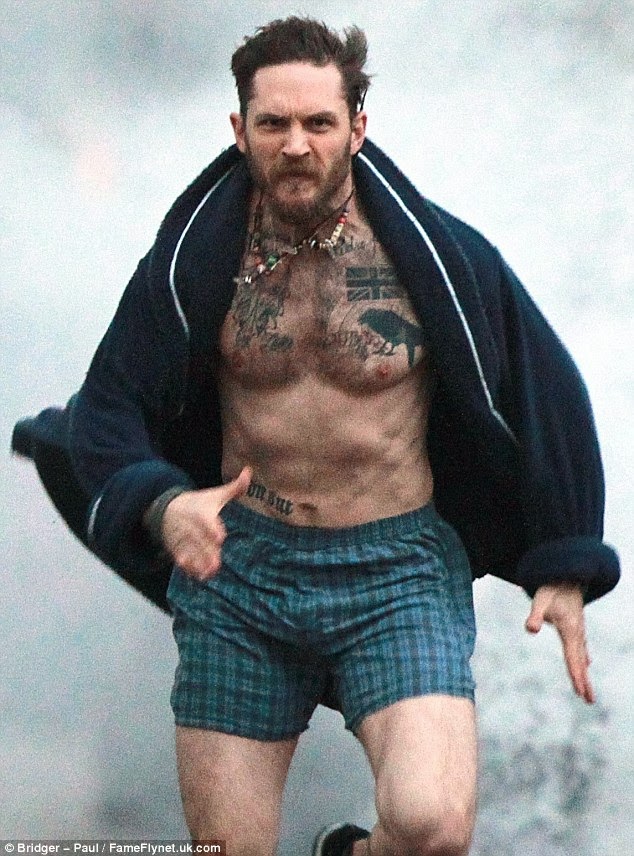 It's a scene that Tom Hardy fans the world over could only dream of.

But the 36-year-old actor will undoubtedly have made female hearts flutter after starring in a sexy new Stand Up To Cancer campaign on behalf of Cancer Research UK.

Displaying his toned torso and rather extensive tattoo collection, the Inception star went shirtless as he grimaced while running through a dramatic cloud of smoke towards the camera.


Wearing merely a towelling navy blue dressing gown and cute plaid boxers, the bearded British hunk appeared to have sprung straight out of bed as he hot-footed it down the street as the camera shot away. 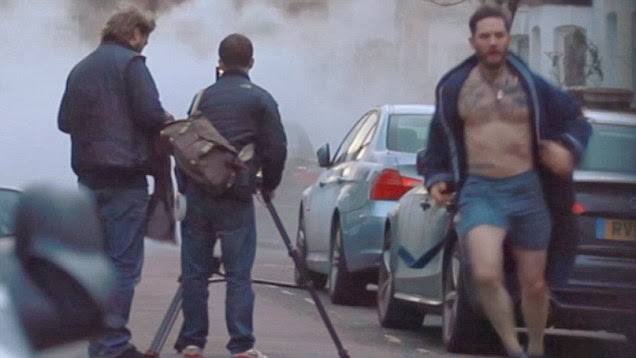