Among the many subplots spinning in the “Downton Abbey” season finale, the one most interesting to the student of history involved a would-be blackmailer’s theft of a love letter written from the Prince of Wales to Freda Dudley Ward, and an amateurish scheme by Lord Grantham, a self-described monarchist, to steal it back.

Historical dramas are often at their shakiest when they introduce characters who actually existed, but “Downton Abbey” seems to have handled Prince Edward fairly. Edward’s notorious affair with Mrs. Winifred Dudley Ward produced hundreds, perhaps thousands, of bizarre letters, so it’s hardly beyond supposition that one might have wound up in the wrong hands. And the chances are that the letter would have been quite direct and inculpatory, for the future king was not one to express himself with cautious indirection. He also would have sounded quite empty-headed.

For example, in a letter to Freda sold at auction in 2011, he sounded exactly like the eternal adolescent he was occasionally accused of being: “This is only just a teeny weeny little scrawl to catch the last post sweetheart & to tell you how fearfully madly I’m loving you this afternoon angel & looking forward to 4.30 tomorrow. Although I only said all this about 12 hrs ago I can't help saying it all again this afternoon only I mean it even more sweetheart!!”

In another letter, part of the manuscript collection at the State Library in New South Wales, the prince addressed her as “My vewy vewy [sic] own precious darling beloved little Freddie.” 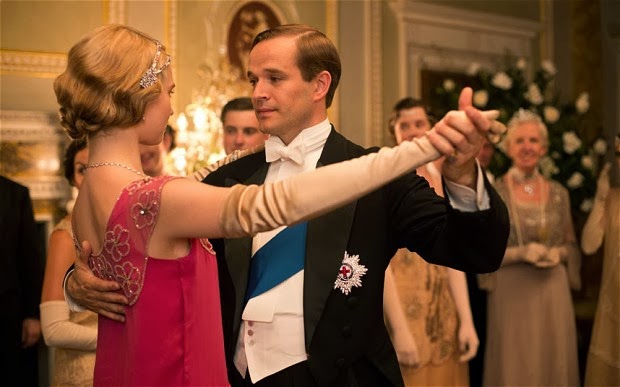 Nobody but a royal could get away with such solemn silliness. In 2003, when Sotheby’s sold a batch of the letters, the New York Times described them as “written in childish pencil scrawls on yellowing sheets of notepaper emblazoned with the addresses of Nepalese base camps, Canadian locomotives and the royal retreat of Sandringham.” As to the substance, the Times was primly censorious: “Alternately self-pitying and condescending, speckled with misspellings and erratic punctuation, the letters reveal a man alarmingly spoiled, relentlessly misogynistic, caustically racist, and determined to avoid his ordained role in life at all costs.” And then there was this: “Especially astonishing to read are frantic avowals of undying love, rendered in a creepy combination of saccharine baby talk and pathological desperation.”