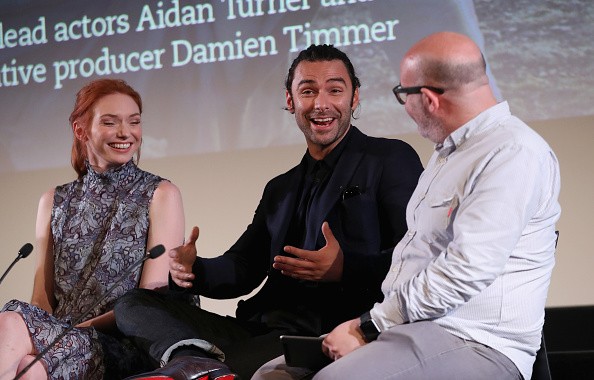 Poldark" star Aidan Turner's character is expected to appear as reckless as he was in the previous two seasons. Meanwhile, the addition of some new characters in the cast is expected to make things more interesting in season 3.

Debbie Horsfield, the show's writer has teased that a richer plot with more drama, passion, feud, and conflict awaits viewers when the show returns for season 3. Though Turner's Ross is older now, Horsfield hinted that he is yet to be wiser.

The character is often at his reckless best, which creates trouble for him, as well as for those who are close to him. Horsfield also claimed that fans can expect to enjoy another rollercoaster ride but the stakes could be higher this time.

Digital Spy reported that Josh Whitehouse will be one of the new key characters to join in the upcoming season. Actor Hugh Armitage will be portraying the role in the new episodes. Josh is tipped to be an aristocrat and Ross will have consequences to face upon his arrival.

Some other new actors are Drake (Harry Richardson), Demelza's) Eleanor Tomlinson) brother and Sam (Tom York), who is a highly religious character. Another new character will be Emma Tregirls (Ciara Charteris), who is Sam's love interest in "Poldark" Season 3.