Does Benedict Cumberbatch deserve to win Emmy #2 for ‘Sherlock: The Lying Detective’? [POLL] 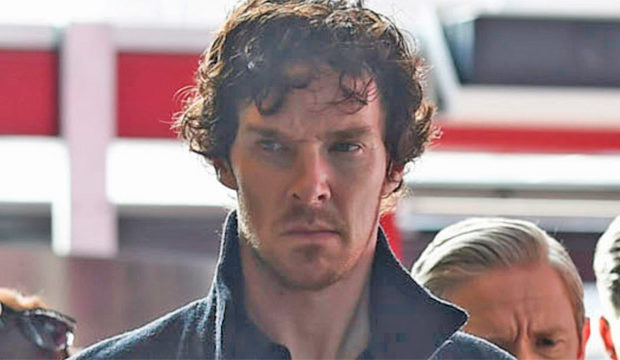 “Sherlock” fans, do you think Benedict Cumberbatch deserves to win a second Emmy Award for playing genius detective Sherlock Holmes on the PBS program? Now that we know “Sherlock: The Lying Detective” is Cumberbatch’s official Emmy 2017 submission should he receive a nomination, is his performance good enough to win a bookend trophy following his jaw-dropping 2014 victory for “Sherlock: His Last Vow”? Vote in our poll below.

As in years past, “Sherlock” is once again trying its luck in the race for Best TV Movie by submitting only one of its three telefilms for Emmy consideration. The network feels confident that “The Lying Detective” is their potential winner this year — that’s the second installment from Season 4 that aired January 8. The case is a twisty one, as Sherlock is contacted by the daughter of an entrepreneur who she claims has confessed to murder, only she can’t remember the specific details because her father wiped her memory.

Joining Cumberbatch’s Sherlock as usual is Martin Freeman as supporting sidekick John Watson. Freeman also won an Emmy in 2014 for “Sherlock,” though awards pundits theorize he may have earned a few extra votes thanks to his starring role in “Fargo” that same year. The other eligible supporting cast members for the movie/miniseries Emmy races are Toby Jones as Culverton Smith, Mark Gatiss as Mycroft Holmes, Amanda Abbington as Mary Morstan, and Sian Brooke as Elizabeth.

Last year “Sherlock: The Abominable Bride” earned six nominations and went on to become the first installment to win the Emmy for Best TV Movie. Besides Cumberbatch’s Emmy victory in 2014, his other major claim to fame in the awards spotlight was when he earned a Best Actor Oscar nomination for “The Imitation Game” (2014).