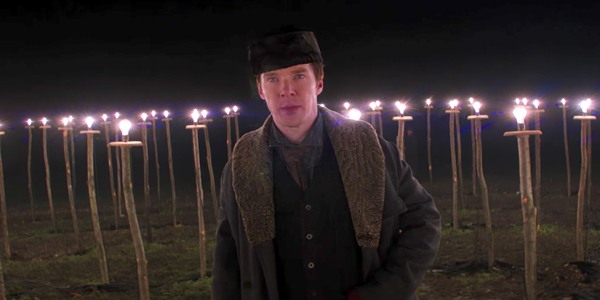 The last week has seen a whirlwind of controversy sweep through Hollywood. With massive allegations of sexual harassment and misconduct leveled against film industry giant Harvey Weinstein, it has raised some fairly significant questions about the status of films associated with his name. One such film is Benedict Cumberbatch's potential awards darling, The Current War, and it looks like the Thomas Edison biopic has just hit a major obstacle on its road to Oscar season. Specifically, we have officially learned that The Weinstein Company has considered pulling the film from its planned release date in response to its current PR issues.

A new report from The Playlist indicates that The Weinstein Company's upcoming award contender, The Current War, may be pulled from the company's release schedule. Earlier statements from Harvey Weinstein himself had stated that the film was going to receive a significant overhaul anyway (it did not debut to the warmest welcome when it was screened for audiences at the Toronto International Film Festival), but the recent drama involving Weinstein seems to be making the scheduled release for the film even more difficult. Although it was initially set to hit theaters in limited release on November 24, this bump (yet another attempt to distance the company from the controversy) could effectively take it out of the coming year's race for Oscar gold.