SPOILER: The Marvel Cameo in Thor: Ragnarok That You Haven't Heard About Yet 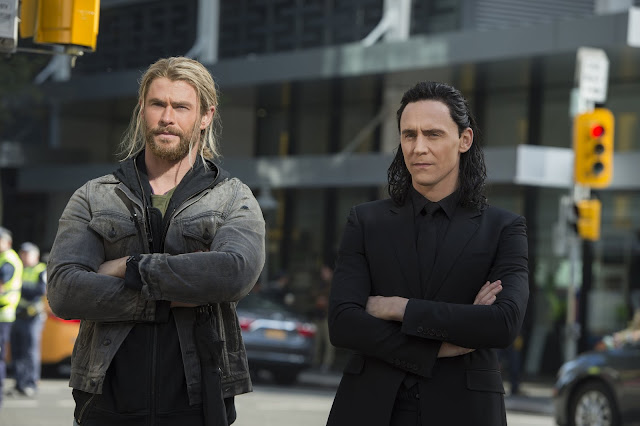 Warning: we're about to dish on a major Marvel spoiler in Thor: Ragnarok.

While that other surprise celebrity cameo in Thor: Ragnarok came out of left field, there's one character appearance that makes a whole lot of sense. Early on in the third installment of the standalone Thor films, we check back in with none other than Doctor Strange (Benedict Cumberbatch). Basically, Thor (Chris Hemsworth) and Loki (Tom Hiddleston) go to Earth to find their father, Odin (Anthony Hopkins), whom Loki has left stranded in a human retirement home. Sadly, the human retirement home has been completely demolished. Loki then suddenly vanishes from Thor's side, and only a small card with a Bleecker Street address is left behind. Thor goes to the address to find our mystical brooding doctor, complete with his magical cape.

Doctor Strange's appearance is actually kind of a no-brainer. Their big scene gives us serious déjà vu: Thor across from Doctor Strange, drinking a huge beer stein that never seems to empty, asking about Loki's whereabouts. The reason it feels so familiar is it's pretty much an exact replication of one of the postcredit scenes for the Doctor Strange origin story film. Except this time, we have context.