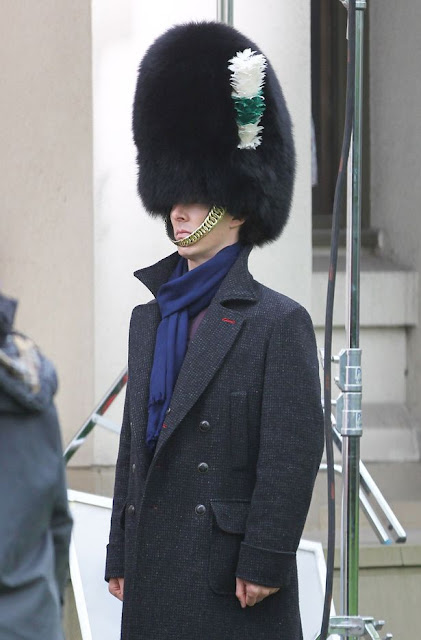 Who's this under a guardsman’s bearskin hat? Actually, it’s elementary my dear Watson – anyone could spot Sherlock Holmes in that disguise.

These Sunday People pictures show actor Benedict Cumberbatch looking like he had the Hound of the Baskervilles on his head this week as he filmed his third series featuring the legendary detective.

Benedict, 36, was assisted by real soldiers as he shot scenes at Apsley House, the former London home of the Duke of Wellington. 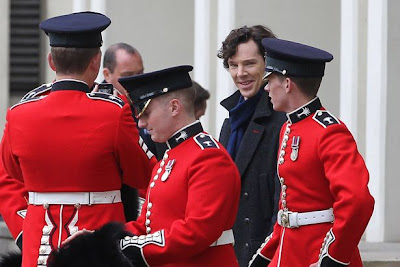