It wouldn't take a world-famous super sleuth and his sidekick to note that Benedict Cumberbatch was sporting a very different look on Friday.

The Sherlock actor, 37, was spotted at London's Heathrow Airport wearing a flat cap and wide-rimmed glasses as he arrived home from New York City.

And, while he cut something of an English gent figure, he also looked worse for wear from his seven-hour transatlantic journey. 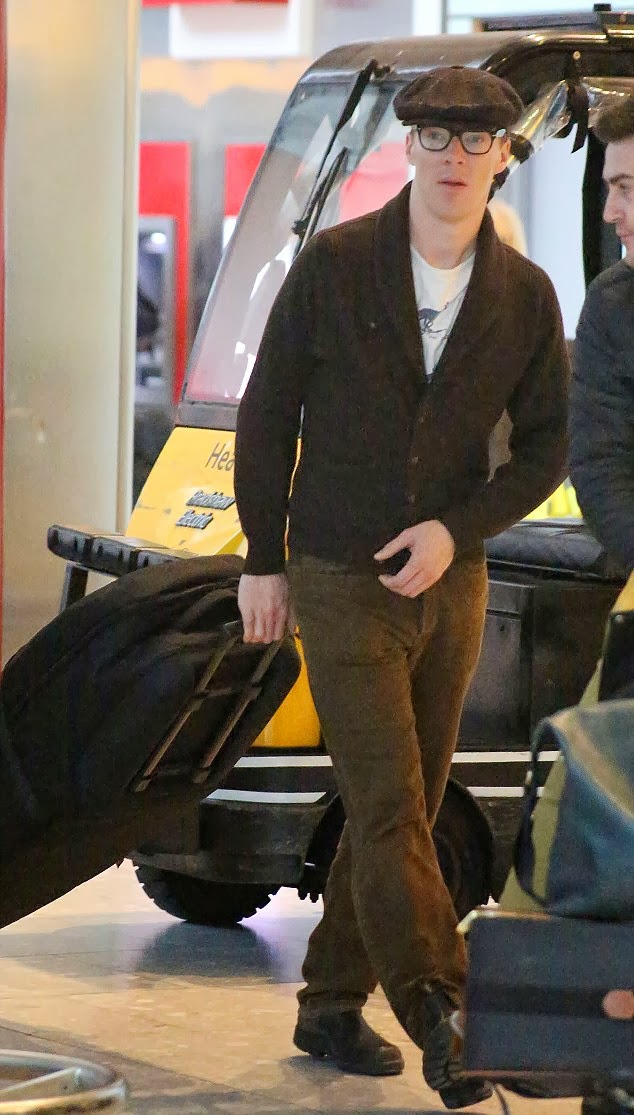 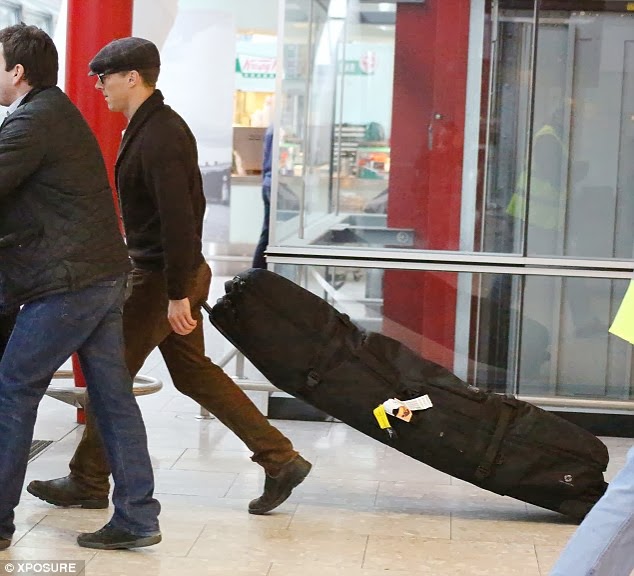 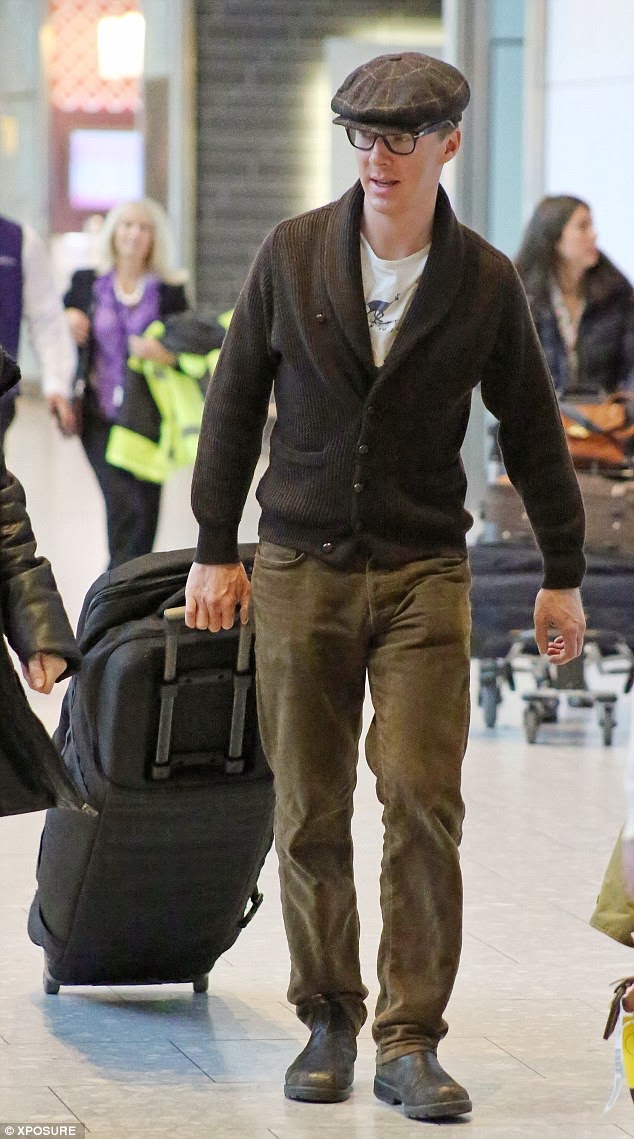 Wearing a T-shirt with a chunky knit cardigan,the popular performer was a vision in brown as he walked through the arrivals lounge in what appeared to be country life apparel.

Perhaps feeling the weight of his luggage, he also appeared to be perspiring as he navigated himself through fellow travellers.

Interestingly, it looked as though Benedict had enjoyed some winter sports while on America's east coast as he carried snowboaring equipment.