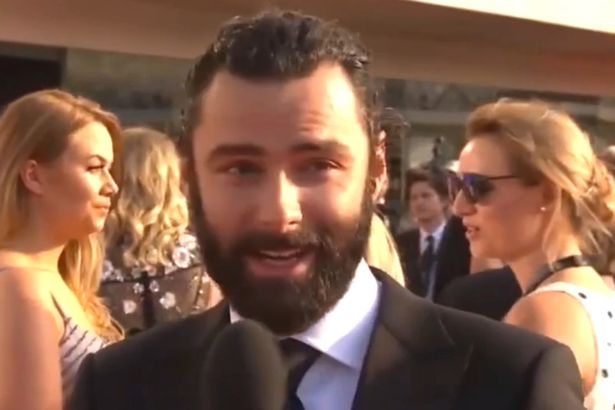 Turner - who stars as Ross Poldark in the hit BBC drama - chose the perfect time to say he doesn't wear suits and he's not really into award shows.

Talking to new Robot Wars presenter Angela Scanlon and Blue Peter's Radzi Chinyanganya on the BAFTA TV red carpet - which takes place for the tenth year running at the historic Royal Opera House in Covent Garden - Turner revealed ceremonies are 'alien to him'.

After the presenters mentioned his hair - the 'perfect Man Bun' - Turner said dressing up and attention from fans was still all 'kind of new' to him.

The 32-year-old actor said: "I'm not around this. This isn't my daily grind, showing up to gigs and doing this kind of thing so I'm out of the loop really.

"I don't wear suits, I just grow a beard and just hang out, really. This is kind of new."

Speaking of the clear positive reaction from fans, he added: "It's fun and people like the show and they're supportive and friendly - they're a bit loud but it's not the worst thing in the world."

Looks like he's having a great time to us.